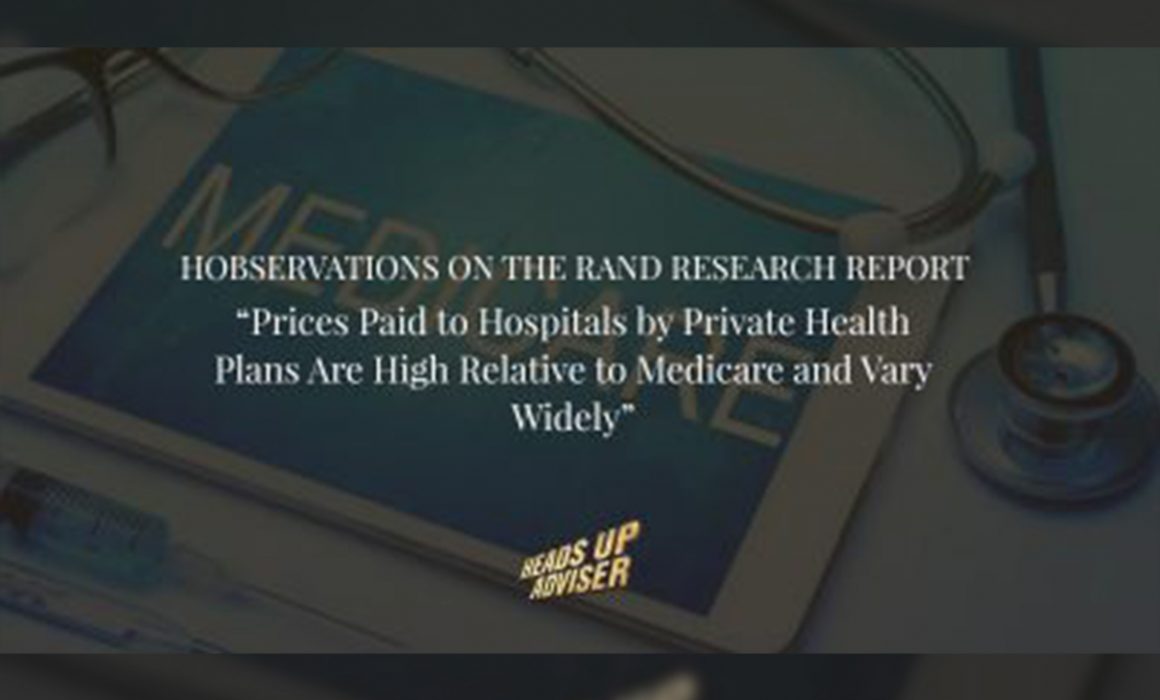 On May 9, 2019, The RAND Corporation released the report, "Prices Paid to Hospitals by Private Health Plans Are High Relative to Medicare and Vary Widely" by Chapin White and Christopher Whaley. RAND researchers used data from three sources — self-insured employers, state-based all-payer claims databases, and health plans — to assess $13 billion in hospital spending in terms of hospital price levels, variation, and trends from 2015 through 2017 in 25 states.
​
JOIN US