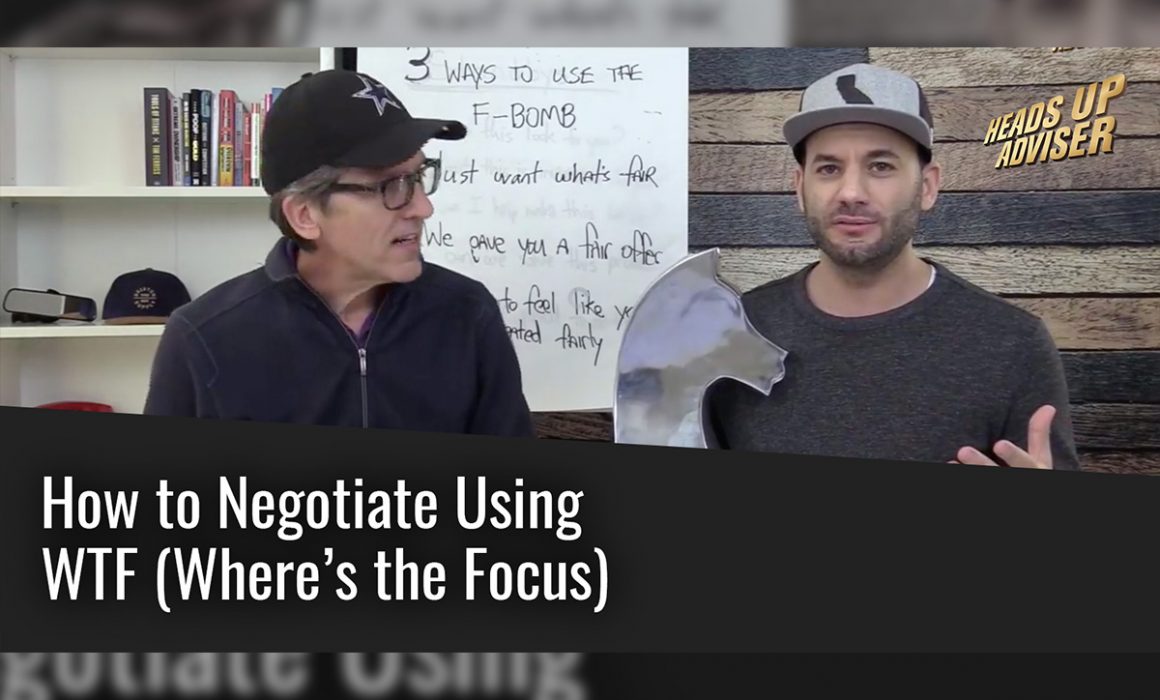 How to Negotiate Using WTF (Where's the Focus) One of the biggest problems most Healthcare Brokers make is that they don’t listen.

Instead, they sit there waiting for their turn to speak. Ready to brain vomit information all over their prospect. It’s unflattering I know. And unfortunately, this results in Broker’s giving far too much valuable information, far too soon.

Consequently, this causes their chances for negotiation to fly out of the window just as fast as they opened their mouths to talk. The bad fortune doesn’t stop there...They later find out that their prospects wind up renewing again with their current broker. Albeit with a bunch of new ideas on how to increase their healthcare savings.

So what went wrong?

For starters, they failed to get out of their own way. Let that sink in. Failure is a domino effect, it’s not the sole instance of a single action, but rather the accumulation of a series of actions.

By failing to place the focus on the prospect they failed to ask questions and build rapport. Without rapport they were unable to create a conversation built on truth and vulnerability. In turn, the Broker was unable to determine the prospect’s emotional hot buttons, needs, and desires. Which caused the prospect to find someone they felt knew their struggles and ambitions- hence why they ran back to their existing Broker.

This could all have been solved if they chose to play the simple game of negotiation. All negotiation entails is cutting through the b.s while having a conversation. That means using the right words, in the right order, with the right decision-maker.

Knowing how to talk with someone is brain science, not salesmanship (at least to the prospect).

That’s why we made this video.

Here’s what we cover:

To a better you!

John Sborroco & the team at Heads Up Adviser.