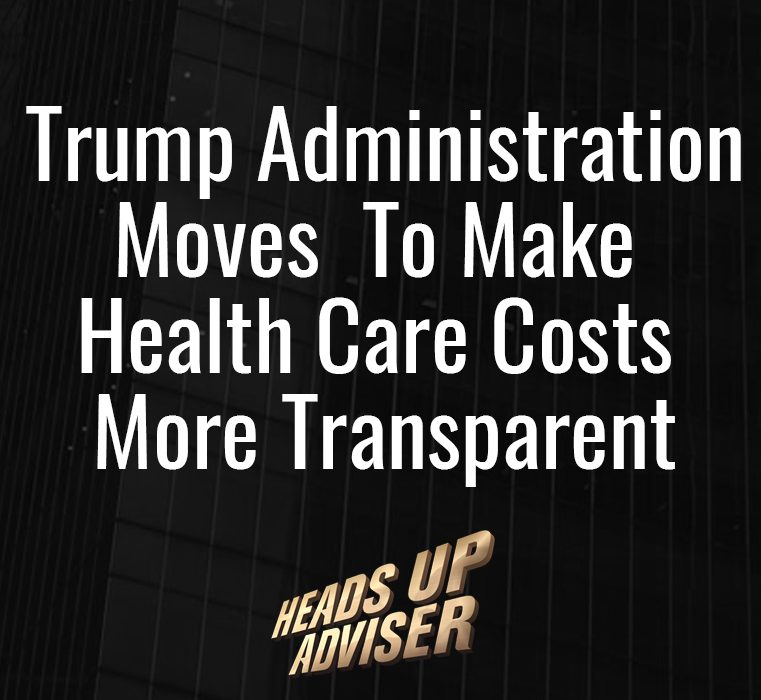 Shopping around for the best deal on a medical X-ray or a new knee? The Trump administration has a plan for that.

On Monday, it proposed new rules that would provide consumers far more detail about the actual prices hospitals charge insurers. It comes amid growing calls from consumer advocates, who argue transparency can help tackle rising health care costs. But the plan also has the potential to overwhelm patients with data.

Under the proposal, hospitals would be required to post the prices they negotiate with every insurer for just about every service, drug and supply they provide to patients, starting Jan. 1.

The move follows an executive order issued by the president in June. It immediately drew sharp opposition from hospitals and insurers, who made it clear they plan to fight the proposal — all the way to court if necessary.

Final rules might differ from the proposal — and the courts will be asked to weigh in. But the move could help lift the secrecy that has long surrounded what patients, employers and insurers pay for medical services.

“As deductibles rise, patients have the right to know the price of health care services so they can shop around for the best deal,” said Seema Verma, administrator of the Centers for Medicare & Medicaid Services, who announced the proposal Monday.

The proposal, however, raises at least three questions:

Will Consumers Use It?

Some consumers will take advantage of price information, although maybe not many, said experts who have studied patient behavior.

The amounts would be different from what currently exists on websites run by some insurers, hospitals and private businesses because they would be actual negotiated prices, not area averages, estimates or hospital-set “charges,” which are usually far higher than the negotiated rates.

Even so, “a lot of things can get in way of patients using the data,” said Lovisa Gustafsson, assistant vice president at the Commonwealth Fund.

There may be only one hospital in town, for example, or patients might be reluctant to switch if they have a relationship with a specific hospital. Incentives to shop might be hampered, too, if a patient’s share of the cost of a procedure or test is small. Finally, only a portion of medical care is “shoppable,” meaning patients have time to look around and compare prices before they undergo the procedure or receive the treatment.

Still, when price data is available, some patients — particularly those with high deductibles that haven’t been met — will shop and choose a lower-priced provider, said Gustafsson.

Experts point to consumer behavior in New Hampshire, which posts price information by insurer online. Only a small percentage took advantage of the online look-up tool, but those who did saved money, according to a recent study by Zach Brown, an assistant professor of economics at the University of Michigan.

Still, the new dataset proposed by the Trump administration might simply overwhelm many consumers.

Although the proposal requires the information be presented so it can be searched online, the amount of data will be huge.

Start with the fact that each hospital has tens of thousands of charges, from room fees to suture costs to the price of each tablet of aspirin. Then multiply that by the number of insurers that contract with each hospital and the amount of data could be staggering.

Patients would need to know what tests, procedures, supplies and even drugs they might need for a given hospitalization, then add them up. For every hospital they are considering.

To help consumers, the proposal would also require hospitals to provide information on 300 “shoppable services” — say knee replacement — and include the price of all the related services that go with it rather than expect patients to somehow try to add them up a la carte.

Will It Lower Prices?

The short answer is maybe. But no one knows for sure.

“We’ve never had price transparency, so there is no evidence to point to exactly what it would do,” said Gustafsson.

In retail, having price information from shopping websites like Amazon has helped drive prices down. But when the Danish government required concrete manufacturers to disclose negotiated prices, they went up, according to a study trotted out by skeptics of the price transparency approach.

On one hand, having actual price information can give self-insured employers and health insurers a stronger hand in negotiations, so they can demand better deals from hospitals. But it could also spur some hospitals to raise their prices if they think competitors are getting a better deal from insurers.

Business professor George Nation, who studies hospital pricing at Lehigh University, lands on the side of the argument that more price information can lower prices, especially if employers and insurers use it to demand steeper discounts.

“This money is coming out of employers’ pockets,” he said. “They’re going to say, why, if Hospital B can do this for $300, why are you charging me $600? Justify your charge.”

While that won’t work in areas with a strong hospital monopoly, it’s a start, he said.

“You can’t have price competition without knowing the price. And that’s where we have been living.”

Will It Become Law?

Again, the answer is maybe.

The proposal could be modified after the administration reviews public comments, due Sept. 27.

After it’s finalized, there may well be a legal battle.

Hospitals and insurers didn’t wait to take the first shots.

The Trump plan will backfire, said America’s Health Insurance Plans: “Posting privately negotiated rates will make it harder to bargain for lower rates, creating a floor — not a ceiling — for the prices that hospitals would be willing to accept.”

We’ll see you in court, was the not too thinly veiled threat that came from the American Hospital Association, which said the proposal “misses the mark, exceeds the administration’s legal authority and should be abandoned.”

But Medicare administrator Verma was unfazed. When asked by reporters about the potential for a legal battle over the proposal, she said, “We’re not afraid of that.”

Still, on the legal front, it could get complex.

Currently, the administration is backing a lawsuit from 18 red states that are seeking to have the entire Affordable Care Act overturned, including, presumably, any authority it gives the administration to require hospitals to post prices.

Again, Verma was not worried: “If there are any changes to the ACA, we would work with Congress to keep what’s working and get rid of what’s not,” she said at the press conference.

Nation said the attention the proposal is getting from industry backs his contention that there might be something to it.

“The strength of the opposition is indication this may work to lower prices,” he said.